The twin technologies of augmented reality (AR) and virtual reality (VR) have changed the way people perceive the real world. While AR makes use of interactive graphics and objects to create an overlay to the real visual world, VR simulates an entirely different reality with the use of powerful hardware.

AR has a huge potential for growth because of the possibilities it creates and a huge amount of use cases of its concept. One of the best examples of its implementation was the viral game of Pokemon Go in 2016, which perhaps provided a glimpse of the future of AR. Additionally, the Software Giant Google showcased the potential of AR in the 2018 I/O Developers Conference with AR-assisted navigation in the Google Maps app.

The main advantage of AR over VR is that unlike the latter, it does not create an alternate world, instead, it acts as an overlay to the existing world and makes it more interactive and lively. Additionally, the applications of AR can be accessed right through a device such as a Smartphone, whereas VR applications need powerful and heavy hardware to be fit to the head of its users.

I’d assume that you’re not living under a rock and would probably be familiar with most of the information mentioned until now. But what if I told you that this very technology could play a role in influencing the decisions of your customers in the future?

Well, the claim may sound generic owing to the fact that every other technology is often hyped in a similar way. But AR offers an interactive way for people to access information, and most importantly, it offers businesses an excellent platform to work on and generate user interest.

Imagine a scenario in the future when you’re traveling out on an unknown city looking for a restaurant to dine on. What if you could just point your smartphone at any of the restaurant buildings nearby, and get an interactive visual of all dishes available for you to relish, all without even going inside the restaurant?

Sounds interesting, doesn’t it? Well, it’s just the beginning. When combined with other developing technologies such as machine learning, AR can generate, interpret and display an incredible amount of information to people. The use of machine learning principles is already used by companies like Google through the Google Lens and Photos apps.

While AR creates an interactive way of delivering information, machine learning is what would help in placing it where it’s needed the most. In the world of the Internet, businesses seek to grab customers by grabbing their attention through content and Internet marketing. AR could take digital marketing to the real world!

Think of a future where businesses, offices, and shopping centers would be AR capable, and all it would take for a customer to get a glimpse of the services and products offered by them would be to use an AR-powered device and have fun!

Major corporate giants have already realized the opportunity present here. With Google introducing ARCore and Apple coming with its own ARKit for AR app development, the stage is wide open for businesses and Augmented Reality app development companies to capitalize and take part in the formation of an AR-assisted world of marketing content.

Marketing of content and product/service promotions could be taken off the boundaries of the Web and made visible in the real world through AR. However, customers in 2018 value personalized advertising more than anything else. In a global survey conducted by Marketo, over 78% of consumers prefer personalized advertising and marketing and absolutely refrain from campaigns targeted at a diverse audience range.

So how can AR personalize content for marketing? Well, the answer starts from the devices used to process the augmented reality. Smartphones are a storehouse of massive amounts of user data. With the use of big data analytics, a large bulk of this data can be interpreted and be presented to the user when they make use of an AR application.

The use of machine learning and big data analytics can place consumer data where it’s needed the most. An application of this could be possible in an AR navigation app, which would inform its users on the route they took for their previous commutes while using the application.

Many other use cases for the same just require an intelligent thought and an excellent implementation of it through an augmented reality app development company. The greatest change to be offered by AR is in its promise to bring digital reality into the real world. It still is in its nascent stages. But along with other evolving technologies, augmented reality could lead to a world of new interfaces, and new ways and methods to access it.

Who knows, such progress could lead to a future where AR-powered devices could become the primary mode of interaction and communication for people. It could perhaps even replace smartphones if Apple’s CEO Tim Cook’s understanding of it as another big idea like that of a smartphone is to be believed. 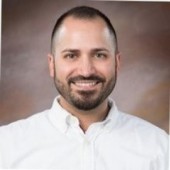 Ved Raj is a Senior IT Consultant armed with 10+ years of experience in the IT Industry. He currently works on exploring and consulting business leaders on emerging technologies such as AR/VR development, IoT & Blockchain.