A small startup in California, Dollar Shave Club (DSC) that happens to sell the most pedestrian commodity on earth – razor blades – was recently acquired by Unilever for a whopping $1billion in July 2016. Uniliver’s offer was apparently five times more than DSC’s expected revenue this year.

But then, the money simply didn’t fall into DSC’s lap. The company, founded by Mark Levine and Michael Dubin, apparently applied some solid content marketing hacks that made DSC what it is today – the largest online razor seller in America with 54% hold in the market, according to Euromoniter. In comparison, it’s closest rival, P&G’s Gillette online market share is just 21%.

Are Dollar Shave Club blades any good? Nope! They are f***ing great. So gentle a toddler could use it. And so goes the hilarious video on Dollar Shave Club that went viral on YouTube in 2012. Within 90 minutes of the video launch, the company’s servers crashed. All blades were sold in six hours time. Almost 4.2 million people watched it within the first three days of the launch. The video’s view count today stands at 23 million times. On top of that, it managed to hook 12,000 subscribers in two days time. By the end of 2012, the company’s ROI crossed $4 million mark. By 2014, it touched $64 million.

As I said, the video, so far, has been watched 23 million times. That’s the incredible power of videos. The star of the video CEO Michael Dubin, who also happened to script and produce the video in his own backyard, that is his warehouse, had apparently spent just a single day to make the video, and that for less than $4,500. The video has become a part of the ecommerce folklore today.

The super-duper success of the first video inspired DSC to come up with several other video advertisements. In June 2013, the company launched another video for male sanitary wipes called, One Wipe Charlies’ range. DSC today has over 3.2 million members with revenue expected to exceed $200 million in 2016.

Turns out, DSC with its finger on the pulse of men’s shaving market, connected with men over different social media channels such as Facebook, Twitter, and Instagram on an one-to-one basis, eventually figuring out a growing need for cheaper alternatives to premium Gillette blades, leading to the launch of its online subscription-based selling. Today, the blades are available for $3 a month.

Goliaths like Unilever and P&G, on the other hand, built their brand using traditional marketing means and took to Twitter and Facebook only to address customer complaints.

Though the company is selling a mundane and inexpensive product, it’s the packaging that won the customer’s heart. If anything, DSC added dollops of personalization by adding entertaining text messages to the packages, making it all the more endearing when it reached the customers’ doorstep.

Trust me, when I tell you, these messages are just a drop in the ocean. Because the company has come up with many more interesting messages like these.

Personalized packages are one thing. The company also went out of its way to learn the audience tastes and curate messages to keep them entertained. For instance, DSC’s hilarious magazine, “Bathroom Minutes,” that appear like the funny pages of a newspaper, is sent out to the customer with every delivery. The magazine comprises shaving tips and random facts about different bodily functions.

The coming together of a cheap product with entertaining content has helped startups like DSC snatch customers away from traditional razor sellers. Do you know of any other brand that tried off-the-beaten track content marketing strategies and succeeded? 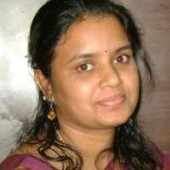 Jini Maxin is a content ninja with OpenXcell – a top Mobile App Development Company. She has a degree in Journalism and Mass communications and is a frequent contributor to several publications and websites. When she’s not blogging, you can find her in some nook, reading books or introspecting.