Getting Educated Customers to Sing Your Praises

Marketing leader Seth Godin calls them “Sneezers,” early adopter customers who will be so excited about your product or service that you can reliably count on them to get others interested as well. These are the taste makers, the trendsetters.

Appealing to the most powerful sneezers, the bloggers who review video games for a living, the rock stars whose fans will buy the same equipment as them, can only be done with special products, special service, special apps and ideas. Forget “good enough,” forget “better.” How are you going to produce something that inspired outliers love?

It’s Not About Celebrity

If what you’ve taken away from this so far is “Get a celebrity endorsement,” then we’ve both failed. It’s not about getting a name attached to your product, it’s about finding trusted voices within various communities and creating something that works for them.

The concept of getting your message to spread by appealing to the most trusted outliers isn’t a new one. It’s been happening since well before the first time a film producer focus tested with a respected critic before releasing a film. However, now, in the era where the mass market is dead, where mass media doesn’t work like it used to, the fact is that those who can appeal to the right people will reap greater benefits than those who can appeal to more people. Marketing now is about the quality, not quantity, of connections made. 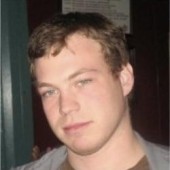 Guy Ascher is a marketing consultant with a penchant for branding. He writes for Lenstore.co.uk and enjoys writing articles for business and marketing blogs.