In today’s competitive business world, hiring new grads and hoping that they’ll learn the ropes and end up a good fit for your company isn’t a very wise strategy. Instead, actively recruiting the most engaged student can prove to offer the best return on investment as they’ll likely transfer that positive energy into their work life.

That notion is based on a recent study by Gallup-Purdue entitled “Great Jobs Great Lives,” which found strong correlations between how active and engaged students are in college, and their future work performance.

According to the study, candidates who have done an internship, taken part in extracurricular activities, graduated in four years or less, and/or had a professor as a mentor were more likely to become engaged employees than other applicants who simply attended classes and did little else.

Bringing top-notch talent onto your team can have a morale- and bottom line-boosting affect on the company’s overall success since engaged employees perform at higher levels, and are eager to make extra contributions. The key is to scout out the most engaged employees from those who will do just enough to get by.

If you are successful in your recruiting and are able to bring engaged young workers on board, your job doesn’t end there. Once you’re found graduates who are eager to learn and grow with your company, it’s imperative that you keep them engaged through feedback and strong leadership so that they keep impacting the company in a positive way for years to come.

Otherwise, they can easily slip into disengagement. According to the poll, 80 percent of employees dissatisfied with their manager say they are disengaged; the same goes for 98 percent of workers who say they receive little or no feedback.

Take a look at the infographic below developed by MidAmerica Nazarene University below, which delves deeper into the Gallup poll’s findings, and offers strategies to help you read between the lines of students’ resumes. By recognizing which applicants are worth pursuing based on their school and work experience, you’ll be able to narrow down your which candidates are the best fit for your open positions. 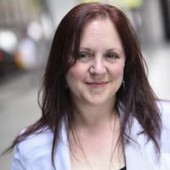 Dawn Papandrea is a Staten Island, NY-based writer specializing in education, careers, parenting, and personal finance. Her work has appeared in publications including Family Circle, Parents, WomansDay.com, CreditCards.com, and more. She has a master's degree in journalism and mass communications from New York University.