Females and Franchising: No Longer a Man’s World

Females may make up more than half the population in the U.S., but only 28.7 percent of all small businesses are currently owned by women, according to statistics reported by the U.S. Census Bureau. Women who want to own their own business and succeed face challenges that their male counterparts may not have to consider. Women may struggle to be heard in many industries, and many add the role of being a business owner in addition to being a mother. Franchises are an excellent choice for many women because they are far more stable than most traditional businesses and carry with them corporate guidance that can free up a working mom for other things.

Some franchises are more friendly towards female entrepreneurs than others. This doesn’t necessarily mean that they are feminine franchises, but that they openly welcome businesswomen. The hospitality industry, food service industry and retail industry are much more open than many other industries, according to Franchise Help. An excellent example of a traditionally male-oriented business that has a female-friendly franchise is American Leak Detection. Though it is enmeshed in the male dominated industry of construction, the franchise itself is pro-woman and thus easier to break into.

The Small Business Administration (SBA) has numerous resources available for women running their own small business. The Women-Owned Federal Contracting Program and SBA’s Women’s Business Centers are only two examples of comprehensive resources available for female entrepreneurs. The SBA understands that it is often harder for a woman to succeed in many fields for reasons that have nothing to do with her skill, and these services can help you even the playing ground. The SBA is also a knowledgeable subject matter expert for business owners in general, with information about labor law posters, safety standards and other critical items. Many of the loans, grants and other resources available to women starting their own business apply to franchises as well.

Businesswomen who have a family at home may find themselves in a continual juggling act during the first few years of their business. These years are often the hardest and require a significant amount of time. A businesswoman needs to be prepared to make sacrifices when starting out. This can be made easier by recognizing that most of the growing pains will be temporary. While owning your own business is never a walk in the park, once you have established yourself you will need to invest less time and be allowed more freedom.

Franchises are not a foolproof method for success. Before investing in a franchise, you should do the appropriate research on failure rates. Franchises that have lower failure rates are usually very structured but it’s to the benefit of the business owner. While you may acquire more freedom with another franchise, you will often pay for it through a lack of support and higher risk. When starting a franchise, you should foster a very strong relationship with your parent company. If this bond is not there, you may find yourself just as lost as you would have if you had simply started your own business. 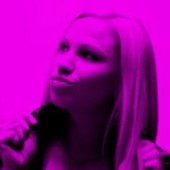 Amanda is a social media enthusiast and blogger. She loves science, technology, helping small businesses succeed and taking her rescued dachshund to the park.