“Sixteen years as a freelance features journalist taught me that neither the absence of ‘the Muse’ nor the presence of ‘the block’ should be allowed to hinder the orderly progress of a book.” – Jim Crace

Crace’s point is well made, and it’s something that is either ignored or misunderstood by many who fall short of success in the wild world of freelancing.  Full-time freelancing hinges professional development and financial security on an activity that was once merely an interest, a pastime or a hobby.  As a freelancer, you create your own job security and therefore sacrifice the luxury of lacking inspiration.

We live in an era of rapid change to the professional landscape.  Some of that change takes the form of a growing population of self-employed entrepreneurs and freelancers.  Before we explore some of the popular (and profitable) niches for freelance employment, let’s pause to examine this dynamic transformation in how America pays the bills.

A Shift in Employment

A half century ago, when my parents were entering the workforce, the American economy was dominated by big industry: automotive, oil, power and a burgeoning technology sector.  General Motors, Exxon and IBM topped the list of Fortune’s 500 – manufacturing juggernauts who demanded top minds in their offices and many strong arms in their plants. The Baby Boomers and their parents before them were raised to select a career, find a job and climb that single ladder (if possible).

Today, with Microsoft, Amazon and Facebook topping the list, the largest drivers in the American economy are tech, media, retail and financial giants.  According to a Pew Research Study, Millennials have recently taken over as the largest generation in the workforce.  Over 70% of Americans now work in service-providing professions, job tenure is much shorter and union membership is less than half of what it was 50 years ago.

More to the point, according to a study by MBO Partners, 31% of the private workforce are now independent workers, either self-employed or working directly for someone else who is self-employed.

A Shift in Opportunity

So, why this move toward independence?  Is it because the workforce is running toward something positive or away from something negative?  Reports are mixed, but there are certainly both components in play.

Salaries aren’t growing to match inflation, benefit packages are shrinking and employees are less incentivized to advance within their current company.  An increasing number of employees are at-will rather than contracted, giving both the employee and the employer the ability to sever employment, without notice and without cause.  More often than not, employees terminate their own employment.

At the same time that expensive college educations aren’t proving to be the golden tickets they were billed as, personal technology is constantly unveiling innovative new possibilities both for finding independent work and excelling at it.  The increased availability and flexibility of personal financing is also aiding the rise in self-employment.

Between loans, small business credit cards and the low startup cost of working from home, the initial financial hurdle for freelancers and independent workers is getting lower. Increasingly, rather than put their faith in large corporations to guarantee lifelong financial security, members of the workforce are banking on themselves.

What Freelance Jobs Are Profitable?

Now that we’ve spoken in general terms, let’s delve into what we mean by freelancing and what independent workers are doing to replace (or sometimes to dwarf) the income they were generating as an employee.

In terms of broad sectors, the top fields occupied by successful freelancers are:

These are specialized trades, probably honed while working for someone else, that freelancers now offer, at premium rates, under a flag of their own.

Hiring freelancers often makes the most sense to small and medium-sized companies because they can’t afford full-time employees to fill those roles.  Freelancers are paid when they’re needed, and they don’t cost employers insurance, benefits, FMLA and other government-mandated or industry-standard pieces of compensation.

With this is mind, freelancers need to fund all of these aspects of employment out-of-pocket.  They have to consistently charge and book a higher rate than their corporate counterparts to break even on the switch to self-employment.

Where Are Freelancers Finding Work?

(Mostly) gone are the days of posting personal ads in the local paper.  In the true spirit of entrepreneurism, an entire industry has grown up to aid (and profit from) the ritual of search and mating between freelancers and employers.

The vast majority of this industry presents in the form of online freelancer platforms.  These digital job-fairs function somewhere between a search engine and a dating site, allowing both freelancers and employers to search for, vet and proposition each other. Some of the most successful and reliable of these sites:

Since most freelance work is done remotely and without much legal security, credibility is a critical attribute.  Once freelancers are established, have a portfolio and a work history, employers are much more likely to trust them.  And pay them well.  In the meantime, many of these sites help both novice and experienced freelancers by giving them a platform where they can be transparent about what they bring to the table.

For now, freelancing and other forms of self-employment are a rising tide.  It is an exciting time for the American entrepreneur, but these opportunities are not without risk.  Candidly, I personally maintain a position as a full-time employee.  For me, freelance writing articles (like this one) is still safely a side-gig – secondary income.  There may be a time when my success and confidence convince me abandon the 9-to-5, but for now, I keep a foot on the shore.

If you’re casting off into the wild waters of full-time freelancing, I wish you all the best.  My only advice, as always, is to do your homework.  Read articles.  Then read some articles that disagree with those articles.  Ask advice.  Take calculated risks.  There is personal success out there for those brave enough to seek it and wise enough to take an informed approach to that search. 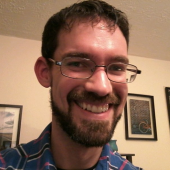 A firm believer that freedom of information improves business, travel and life, freelance writer Ben Lovell is committed to sharing best practices. Read more of his articles at the Gothic Optimist.