Home automation technology, also known as smart tech and connected devices, is set to transform our homes and workplaces into futuristic spaces that could resemble something out of a sci-fi novel, Star Wars or Star Trek.

Does everyone necessarily want a voice-controlled shower, light switches or fridges?

Maybe not, but if Amazon, Google, Microsoft and dozens of other companies have anything to say about it, we are going to get voice controlled everything, and sooner than we might expect.

Voice control, voice search and AI-powered devices that can connect to dozens of other devices and the internet are already selling online and in stores across the world. At CES 2018, the international tech extravaganza in Las Vegas, Nevada, big tech brands made it clear that they are betting that the next evolution in computing is voice assistants and home automation technology.

Google and Amazon: In a Race to Connect

Both Amazon Echo — the current market leader — and Google Home exceeded expectations over the peak Holiday spending season in 2017, from Black Friday through to the January 2018 sales. Amazon had already taken the lead opening Echo up to other brands, through a hardware/software API interface.

Google quickly caught up, with announcements and product launches before and during CES. Google Home now works with Bang & Olufsen speakers, Anker, which now proudly sells voice-controlled speakers, and LG announced the launch of smart displays with Google Assistant. Now Google can compete directly with the Amazon Echo Show that comes with a screen.

Amazon, already ahead of Google, announced multiple new brand collaborations, showing it is moving beyond speakers and “boy toy” gadgets. Alexa can now connect and control light switches, mirrors, showers, microwaves, ovens and even cars. Except for Mercedes; neither Google nor Amazon, nor any other automated tech business got a chance to power the car companies new “Hey Mercedes” smart internal car system.

Ben Wood, chief of research at CCS Insight, said in The Guardian: “Google, Amazon, Microsoft and others are fighting not only to cement their voice technologies, but also to ensure their assistant platforms are deeply embedded across the full spectrum of consumer electronics to maintain and deepen consumer engagement.”

Speakers are a popular product option from a bewildering range of companies, partly thanks to the cheap unit cost to produce, and that they act as a “gateway drug” to other connected devices. If they’re the route into this market for many consumers, then the big ticket items that many won’t get or need for a long time are connected toilets, from Kohler, retailing at $6,000 and two-seater Intel Volocopter taxi drone, selling for $200,000.

At CES 2018, there were other signs that in some respects, connected devices aren’t quite ready for the mainstream yet. LG was keen to show off its Cloi home-helping robot, only for it to stop responding to commands from LG’s Marketing VP, David VanderWaal in-front of an audience.

Consumers who’ve bought and tried smart devices want more of them. In a CNET survey, 81 percent of people said they are more likely to buy a house if smart devices are already installed and connected.

This highlights one of the barriers to widespread adoptions: Homes, especially older properties, were not designed with smart tech in mind. Even recently, the thought that we could control everything from light switches to a fridge and thermostat, all through an app or control panel, would not have crossed the mind of property developers, architects or builders.

Now we are going to see an attitude switch, but it will take time. Due to the cost of retrofitting homes, these innovations are going to start off in high-value properties before they filter down to middle-class suburban neighbourhoods and urban apartments. In ten or twenty years, homes filled with connected devices could be the norm.

According to the Financial Times, the number of homes fitted with smart tech is approximately 100 million, around the world. Some analysts are predicting this will exceed 600 million in three years. Insurance companies are keen to see more homes fitted with smart locks and other sensors. Right now, RSA and Aviva are working on smart home insurance and the devices that will support this in the UK, and in the US and Europe, State Farm, Zurich, Axa and Allianz are working on these same challenges.

Combining consumer demand with tech sector innovation and the financial sector driving this forward, a connected home future is coming faster than we might expect. 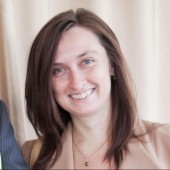 Dariya Lopukhina is the marketing strategist at Anadea, a software development company specializing in innovative web and mobile solutions for business automation. She is obsessive about new technologies, digital marketing and blogging.