Important Tax Dates to Remember in 2014

This guest post is brought to you by GoDaddy Online Bookkeeping (formerly Outright) the simplest way to manage your small business finances online. Sign up today for a less taxing tax time!

We’re rang in 2014 with all the bells, whistles and good cheer we could muster. But if you’re a small business owner, you know a new year heralds something else – tax season. We get that you’re busy doing other things, so we put together this handy tax calendar to see you through to April.

When’s the best time to start your taxes? As soon as possible! While you may not have all your forms you need or be able to actually file anything, getting organized ASAP never hurts. For example, digitize all your receipts and get access to all your invoices and expenses.

Business taxes aren’t all about the “big dance” in April. There are also quarterly estimated taxes (QETs) to worry about, which sneak up on you on January 15. This is the fourth quarter payment so technically the last payment of the business year, but the first one during the calendar year. We like to think of QETs as an early-year reminder to get and stay organized.

Did you hire a contractor or freelancer in 2013? They need to file their taxes as well, so make sure you send them a 1099-MISC by January 31. This form shows how much they made through the jobs they performed for your business.

Also, the IRS recently announced they had to push back when they would accept federal tax forms due to the government shutdown. If you’re an independent seller or freelancer, then you can send in your forms on this date. If your business is a corporation, you can actually file on January 13.

Online sellers who have been in a business for a few years already know about the 1099-K. If your business is fairly new, though, you may not know what this strange form is when it lands in your mailbox in early February.

Basically, sites like Amazon started tracking sales for tax purposes. They don’t take taxes out, but simply report to the seller and to the IRS how much the seller made through the site. The 1099-K reports that amount. It’s a great resource for your taxes, so use it wisely.

Keep in mind you only get this form if you made at least $20,000 through at least 200 transactions. If not, you won’t get the form.

If you worked as a contractor this year, you may receive a 1099-MISC (as well as other various tax forms) around this time, too.

Today’s the day most people think of when they hear the word “taxes.” Make sure you get all your federal and state taxes done in time. Hopefully you remembered to start organizing your business the beginning of the year and will blast right through your taxes. If you find you’re running way behind, get your extension filed in before this date.

However, that’s not the whole story for your taxes on this day! This is also the date your first quarter QETs are due. While this might be a big pain in the neck, use the opportunity to be as organized as possible for the rest of 2014. When the next QET payment rolls around you should have no problem dealing with it. 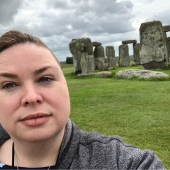 Jennifer Dunn owns Social Street Media, where she writes about freelancing and small business for various online publications. She is the community manager at GoDaddy Online Bookkeeping, and her long-standing life goal is to learn something new every day.