So, your business built a mobile app. You put long hours and significant money into crafting a great product. You are hoping to reap the rewards of your investment. The real work, however, is just beginning. Your app is meaningless if users aren’t downloading and interacting with it.

The principles are the same. One of the most prominent factors affecting ASO is keywords. To ensure your app is visible in the app store, be sure you use proper keywords, and make sure the keywords feature in your title.

A study found that apps with keywords in the title had a 10% ranking increase. You’ll need to conduct thorough research on keywords to choose the right one. But if you do, the results can pay off.

Consider that the retail app “Retale” changed their entire name to “Ads & Deals: Black Friday 2016” to take advantage of consumer sentiment in their industry at that time of the year. It was a risky maneuver, but the app’s rankings increased considerably as a result. For maximum effect, place your keywords at the beginning of the title.

You shouldn’t be afraid to ask for reviews, though. Just be sure you are asking them at the right time. Use push notifications to ask for reviews from users who you know are invested in the app – those that have had it downloaded for a period of time and use it frequently.

Asking for reviews from a one-time user may be a recipe for disaster, though.

3. Be Useful, Without Being Too Large

In terms of keeping your users engaged, the best way to ensure a happy customer is to make sure your app gives them what they want. Be sure you are building a useful and well-crafted product.

According to a recent survey from The Manifest, nearly one-third of smartphone owners delete an app because it wasn’t being used. About one-quarter delete one because it didn’t fulfill their needs. Surprisingly, though, a significant amount of users are also deleting apps because their phone lacks storage space. This reason is particularly frustrating and you can ensure it doesn’t happen to your app by limiting the size of the final product.

You can limit size by having the app pull much of its content from the cloud, as opposed to be stored locally on the user’s device. The app should still offer its core functionalities even without an internet connection, though.

“You can’t let [pulling content from the cloud] restrict the user from doing a core function within the app, if it isn’t 100% necessary,” said Alex Levin in the survey. “If they don’t have WiFi or a perfect connection, the user experience will suffer or cease to exist, and that’s no fun for anyone.”

It requires a balancing act, but make sure your app offers value without taking up too much space.

To keep users engaged, you need to get their attention without becoming too annoying. Push notifications are the ideal channel, but be sure to use them thoughtfully.

You shouldn’t send too many. Users, especially those with many different apps on their phones, can easily get annoyed, especially if they are emails that don’t stem from a direct human action (a message, call, or other form of contact). A study of 2.6 billion push notifications over the course of 2016 also found that the messages can be more effective if you use “power words.” These words fall into four categories: urgency (“Breaking News!”), exclusivity (“A deal just for you.”), emotion (“Indulge and Unwind.”), and value (“Take advantage of these deals!!”).

Your app marketing strategy should be two-fold; you need to get users to download your app, but you also need to make sure they are actually using it.

By using app store optimization techniques, seeking reviews, considering the size of your app, and strategically sending out push notifications, you’ll be on the path towards mobile app success. 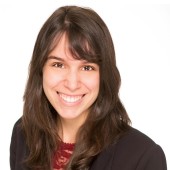 Riley Panko is a Senior Content Developer and Marketer at Clutch, a B2B research firm, and a Senior Writer at The Manifest, a B2B news and how-to site. She conducts relevant research that aims to help consumers enhance their business and select the services and software best-suited to their needs.