Five Ways to Make Instagram Work for Your Business If you are not using Instagram to promote your business, chances are that’s because you don’t understand how it could help you. Because if you do understand and you’re not doing it, you must be crazy. I am going to assume you’re in the former category, and if you’re one of the crazy ones, you’ll have to forgive me for talking down to you.

Business owners who are not yet using Instagram are probably not making much of an impression online in general. That doesn’t mean they’re dumb. Maybe they have such success through more traditional methods of promotion that they don’t feel the need to embrace the 21st century.

The world is changing more rapidly than ever and if you don’t get on the bus soon, there won’t even be a bus anymore and you’re not going to get anywhere.

The bus de nos jours (that’s a fancy French way of saying “of our times”) is Instagram. It’s the runaway leader in a highly competitive field that is helping people to market their business as never before. If you just thought it was just people with too much time on their hands showing off to anyone who will look, you’re wrong. Yes, there is that side to it, but what started out as almost a gimmick is now a genuine, highly effective and almost compulsory business tool.

Okay, pep talk over. Let’s get down to business and the five things you need to do on Instagram for your business.

First impressions are lasting impressions. We know this is true in real life, and, although some people don’t seem to realize it yet, the online world is real life. The same criteria apply.

You wouldn’t walk into a business meeting wearing a dirty old pair of jeans and covered in oil because you’ve just been tinkering with your car. So when your Instagram presence waltzes onto someone’s laptop or phone, you want it to be impressive from the word go.

“Hey, nice graphics and that’s a great picture! These people look interesting.” That’s the sort of reaction we want to get — and it’s relatively easy to do. If you’re that way inclined yourself, so much the better because you know your business better than anyone. If it’s not part of your skillset, there are plenty of people out there who can help you, so let them, because it’s important.

If there is one thing the internet has taught us, it’s that there is no such thing as an original idea. Well, almost no such thing. So you have to at least appear to be different, and not just different but superior to your competitors.

Ever tried to to come up with an original name for a business or website? You run it through Google and find there’s someone else using it. There are ways around that, and the others using that name may be in very different areas of business from you, but it just shows that what seems like a brilliant and original idea does not make a billionaire. It’s what they do with the idea that counts.

You need your Instagram presence to look great, from the font to the photographs and on to the content.

Some people urge you to use a professional photographer at all times, but to me, it depends on what business you’re in. If you’re a fashion designer, obviously you need a highly paid, creative and technically astute professional. If you’re selling office equipment, you can get what you need on a considerably lower budget. What you must have are great photos and if you can take them yourself or you know someone who can, modern camera technology can give you impressive results.

And don’t forget the words. If your visuals look great, don’t let yourself down by what you say or how you say it. You don’t need to be literate to be good at your job, but it gives your visitors confidence if you sound educated and professional.

2. Piggyback on the Right People

Use hashtags and plenty of them, and make sure they are not just relevant but popular. This takes a bit of time, but the alternative is wasting your time, so check how many people are interested in the hashtags you plan to use.

It’s the same with influencers. These are people with a large and faithful following willing to listen to what the influencer has to say. By finding the right influencers specific to your niche or brand, you can pay them to promote your account, which can lead to huge gains in real followers.

3. Understand that Comments Work Both Ways

Getting people to comment on your pages makes them feel involved and valued, particularly if you acknowledge their contributions. So always give readers the opportunity to join the debate. They might be doing the same as you are — networking — but that’s okay. In fact that’s good, because it means they have noticed you and feel it’s worthwhile being associated with you.

Similarly, make your presence felt on other people’s pages. Share pearls of wisdom or incisive questions, so that, again, you are seen as someone who knows a thing or two and would be worth checking out further.

Yes, advertising still exists even if the print media will tell you no one is doing it anymore. People are just not doing it with them. And it’s not because having your own website is an advertisement in itself — it isn’t, and it can languish in its own mighty splendor unless you tell the right people about it.

If the end of tip #4 rings a bell with you, you would probably benefit from using an agency to do this work for you. To paraphrase former U.S. Secretary of Defense Donald Rumsfeld, there are things we know we don’t know and things we don’t know we don’t know. He was talking about counter-terrorism, which probably isn’t directly related to your business, but what he said applies to everyone.

In this case it means there are things that can be done which you can’t do yourself because you don’t know what they are, let alone how to do them. Going back a few generations to the days when advertising and promotion were done largely through newspapers, if you didn’t know there even was a newspaper, you couldn’t use it. And maybe you did know there was one, but you didn’t know how to contact it or what to put in it, again that’s no use at all. A good social media agency knows these things, so find yourself one and get them to demonstrate to you how they can help. They’re not going to tell you all their secrets, but they will tell you enough to convince you this is an area where money needs to be allocated.

And there you have it: five vital things to consider to make the most of the phenomenon that is Instagram.

Got something to add? Like we said in tip #3, let people know about it. We’d like to hear from you. 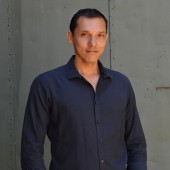 Hi, my name is Andy! I was born in Bogota, Colombia, but raised in Los Angeles, California. I’m an active entrepreneur and marketing specialist, with my own successful digital marketing agency for a global client list based in Medellín, Colombia.