Let’s talk about the elephant in the (meeting) room: NDAs If there’s one thing most people in business circles can agree on, is that there is major disagreement regarding the value of using a Non-Disclosure Agreement (NDA) in business negotiations.

Tune into any discussion about the usefulness of NDAs, and you will likely hear the shots of its proponents and detractors firing equally in full force. Let’s turn our attention to this elephant in the business meeting room, and investigate the four most common murmurings which plague it.

“NDAs can’t even stop employees from speaking out!”

The ability of a Non-Disclosure Agreements to safeguard your ideas and property is, of course, restricted. Critics often highlights this point as evidence of their limitations, but is it with just reason?

The reality is, like any mechanism or legal document, an NDA will not offer blanket coverage against people misappropriating or unlawfully utilizing your ideas or property for their own gain. Instead, by educating the other party on exactly what constitutes as legally-protected property, and making it clear that there are legal repercussions if this is breached, it acts as a preventative measure. Furthermore, it functions as a sturdy legal foundation should you need to address a breach of your confidential information or property in the future.

“Even if you have an NDA, it’s far too expensive to take someone to court who has breached it.”

While it is true that taking someone to court is a costly exercise that may not result in the conviction you desire, this is certainly not the only option at your disposal.

Suing someone in breach of an NDA may be your best chance at due retribution if you have a strong case, and you have the funds to pursue such legal action. It’s also possible that after you have weighed the financial and emotional burden of pursuing a federal case, you decide it’s in your best interest to consider other avenues.

According to Mitch Baker, a lawyer at Fisher & Phillips, in most instances, a cease and desist letter is substantial enough to stop former employees from continuing to violate the agreement.

“Depending upon which provisions they break,” Baker said, “it can result in anything from a simple cease and desist letter up to a lawsuit seeking a temporary restraining order to prevent them from continuing to use/distribute the confidential information.”

“NDAs have become too commonplace and are bad for business.”

This criticism in part stems from what many experts lament is the over frequent use of them in many business interactions. A growing number of businesses are guilty of too liberally dishing out and requiring NDAs be signed before the business relationship can proceed further.

According to many experts like CEO and serial entrepreneur, Dan Shapiro, it comes down to whether you have the leverage to get the other party to sign. You don’t want important connections to walk out the door because you were too forceful, or misjudged when to use an NDA. You need to know who you’re dealing with, how they will react, and, most importantly, whether an NDA is even necessary in the first place. This will ensure you don’t dismantle your relationship with the other party before it’s even taken off.

“Ideas are worth a dime a dozen, so using an NDA to protect them is excessive.”

While contention over the frequent use of Non-Disclosure Agreements is strong, there is perhaps even more criticism reserved for those used to protect ideas before their realized form. Better known as “preemptive NDAs”, demanding a confidentially agreement for a mere idea can seem quite egotistical.

There may be instances will potentially be very valuable and therefore would benefit from the certain protections provided by an NDA. Realistically, this is definitely not true of every idea or product for that matter. Thus, you need to assess the worth of your ideas and balance that with the potential of upsetting the other party by presenting one.

A final glance at the elephant.

A Non-Disclosure Agreement is a legal document which has an equal share of supporters and opponents. Understanding both the criticism and the counteracting arguments will better equip you with the knowledge to decide whether it is an appropriate legal document to utilize next time you enter into business negotiations or kick off a new business relationship. 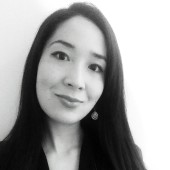 Monica Mizzi is the editor of LegalTemplates.net, a website which equips people with the tools to be their own legal advocates. She covers legal topics with a focus on business, relationships and finance. She aims to help individuals and businesses to demystify the legal resources at their disposal.