How to Make Fridays More Fruitful On a scale of one to constantly, how eager are you for Fridays to come around? It is not surprising that Fridays are believed to be the least productive day of the week because who doesn’t get exhausted from five days of work, or doesn’t look forward to 48 hours of freedom?

According to Accountemps, 39% of employees said Tuesday is the most productive day for them. Tuesday is said to be the most industrious day since you’ve basically had enough time to “recover” from whatever happened (or didn’t) over the weekend. There is 35% less work gets done on Friday than any other day, and only three percent claimed Fridays are productive.

Here are some tips to make Fridays more fruitful do they are just as productive as any other day of the week.

There is no doubt you’ll zombie your way through the start of next week, wishing the weekend never ended. Cut yourself some slack in advance. Use that Friday to finish and take off some of the weight of work from Monday morning. Imagine how great it’ll feel to saunter in on Monday with a lesser sense of urgency.

List down your accomplishments and use them as motivation to do better the following week. Look back and evaluate yourself. Focus on the quality of the work you’ve done rather than the quantity. Fridays can be used for individual planning and setting of upcoming week-long goals.

If your company allows for flexi-time schedules, start early on Friday so you can end early too. Plus, that extra hour of uninterrupted solitude gives more room for productivity. Change of routine is healthy every once in a while.

Save less stressful work and smaller stuff for the end of the week. Organize those documents that have accumulated on your desk. Clear out your email inbox and respond to unanswered messages. Do your follow-ups and process feedbacks. You don’t have to squeeze out every ounce of energy before Friday ends; considering you aren’t time constrained, it can probably wait until next week.

Managers usually refrain from organizing meetings on a Friday afternoon/evening. The last thing your employees want is to be wedged in their cubicles robotically counting down the seconds until departure; reconsider calling for that meeting and use it to mingle. I’d gladly take any opportunity to get away from my desk.

Everyone feels like slacking off on Fridays. Stop finding excuses and dilly-dallying. As Byron Pulsifer puts it, “Make Friday a day to celebrate work well done that you can proud of knowing that you just didn’t put in time to the next paycheck.”

Here’s one thing I’m sure of: we appreciate the end of the week more as working adults. Everyday should be rewarding. Don’t just groan, grumble and gripe your way through Friday. Friday being a Friday is reason enough to rejoice; you might as well end it on an optimistic note. 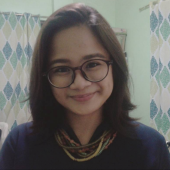