3 Reasons Why Middle Management is Vital to Startups Part of the startup revolution has been the attempt to abolish or at least downsize the need and reliance on middle management. Considered the “dead weight” for a company, most startup founders seem to want to avoid any form of hierarchal structure.

This is a huge mistake.

Middle management, regardless of your personal views or that of the startup world, provides a buffer to a host of actions and causes within the company. Imagine the “move fast and break things” mantra being adopted by a company of 200 people, no decision makers and an endless barrage of ideas – it would wreck the company.

There are plenty of other examples as to why the middle management structure needs to stay in place and remain widely adopted.

We all have ideas, some lucrative and others questionable, so if the middle management is cut out of the equation who makes the final call? This is the problem with the ideology that everyone should be their own manager and ultimately their own decision maker. In a world where businesses can be destroyed in a matter days simply because of bad Facebook update, it really does pay to have someone thinking logically whilst not in a euphoric state with their personal idea.

Some people have the ability to create wonderful things however the economics of it just may not add up, to these same people profit margins mean little as long as their idea is out in the open – middle management has the duty of checking the risk/reward ratio and having the final say. The middle manager also has a vastly different threshold for risk/reward, so some may argue that great ideas will be missed out simply because they seemed too risky at the time however the reality of it is these ideas if passed upon will still end up flowering one way or another.

This is really more of an illusion that we hold onto as human beings in order to succeed in business, it’s our instinctive hunger to aim for the “unreachable.” The hierarchy dictates power within the company and the salary that accompanies it, having no levels of progression to measure our work up against is always going to be an anti-motivator.

The biggest question that we all ask is where can we go from here? A company with no obvious signs of natural progression will only start to promote a high employee turnover rate. Believe it or not we do need to see some sort of path or “ladder” only to give us an idea of where we can potentially travel to.

Let’s jump back to the company with 200 employees and no middle management, consider being the CEO of that company and the prospect of your entire team being their own decision makers. Even if at this point you decide that you’d like to overlook and at least see what goes out, you may have the whole troop at your door waiting. All of this whilst you need to run and maintain a profitable business.

Middle management at this point would be considered the gatekeeper, deciding what flow of traffic and products are let through to the CEO and rather than wasting time and potentially money some form of early decision making can be done.

This is not to say that some middle managers out there could be labelled as “dead weight.” Whilst many are guilty of overseeing what goes on but not really knowing how it happens there are more middle managers that create a sense of unity and functionality within their respective companies.

Rather than remove middle management it would be far wiser to reshape what the middle manager has to do. Most middle managers no longer take part in the day-to-day work of their company therefore they lose touch with how things work and what they can advise with, people lose respect for them and ultimately once they’ve lost their touch they do become the inevitable dead weight.

Middle management should consist of working within the team on a day-to-day basis and not being exiled away in a personal cubicle practically removed from the team culture that gets built up. 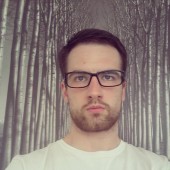 John Perrin - Founder & CEO of Tactical Sales Training where they offer B2B focused sales training courses. John has seen previous success with a software sales company he co-founded and successfully exited – he is now looking to help and advise others in sales.