What You Need to Know About Mobile Game Monetization Hurray, you’ve finally developed a game! But for the vast majority of game development teams, creating games is not only a hobby but a real gold mine. Nowadays more than 80% of Americans have smartphones and more and more prefer using them instead of computers or tablets. Thus, mobile game development has become a truly lucrative niche.

However, to achieve success you can’t just lie back and expect things to happen. A lot of developers don’t think about monetization till the last moment. That’s wrong, because, actually, many aspects of your game depend on the type of monetization you choose.

It is obvious that games can be free or paid, but that’s not your only choice – you can combine it. There aren’t many games that can be considered as totally free. Yes, you allow users to download your app for free and yet make profits. Sounds intriguing, doesn’t it? In a few minutes, you’ll have learned ways to turn your game into a profit-generating machine.

While it is the simplest way to get revenue from your game, on Google Play you can find over 3 million apps and only 3% of them are paid. But it doesn’t mean that this option is unprofitable. A few successful examples of paid games include Minecraft and Grand Theft Auto: San Andreas.

You can make users pay only once in order to download your app or subscript, which implies paying a fee to continue playing your game (usually on a monthly basis). You can suggest a free trial giving users the chance to try your game before paying. Here comes pressure to make sure the game is good enough to keep players engaged for longer and buy it. A paid game may also be a sister-app of a similar free one with certain functional limitations.

Usually, gamers prefer paid games because they want to have complete freedom during playing without irritating ads. But there are successful exceptions like Electronic Arts with “Star Wars Battlefront II”, which costs more than $50 and, in addition, includes in-game purchases.

The freemium monetization model is dominating the market nowadays. That means your app is free to download but has additional paid content. For example, premium levels that can be unlocked only on a paid basis. But let’s review other monetizing methods of “free” games.

It is the first thing that comes to mind and it’s really the most popular method to monetize your mobile game. According to Gartner Research, mobile advertising reaches $18 billion annually. Nevertheless, tolerance to ads varies from player to player, so you should be ready that it will upset quite a lot of players (and they can even uninstall an app as a result). So ask yourself:

It can be banner ads that are placed at the top or at the bottom of the screen. They usually irritate users, so think twice before agreeing to integrate one into your game.

There is also interstitials that are displayed on the entire screen and it’s the best variant. However, you should choose the right moment for ads carefully. The last thing a player wants to see after failing a mission or losing a life is an ad. No wonder the player will leave.

Many games allow gamers to watch videos in order to gain virtual currency but it’s important that the user experience won’t suffer. If you force users to watch an ad for 30 seconds, they might decide to delete your game. But let’s turn to Tap Titans. It is a great example of a game that uses rewarded video successfully. Letting players earn coins by choosing to watch videos provides also a nice break from the constant tapping.

While using in-app purchases, you can be sure that you don’t overwhelm your users with too many messages. But, unfortunately, the vast majority of players will never make an in-app purchase, which makes in-game advertising the most preferred method for many mobile game developers.

If we look at in-app purchases, over 50% of revenue comes from less than 1% of users. Nevertheless, in the U.S., Candy Crush is more popular than any other mobile game. It generates $2.2 million every day and $819 million annually. And it’s a perfect example of an app that encourages players to pay in order to get in-game currency. This app lets users purchase gold bars with real money and use them for in-game privileges such as extra lives.

Ensure that your premium levels have several more interesting features and tools to offer the user. Puzzle game Heart Box successfully uses the unlock new levels strategy to encourage its audience to pay. When users conquer a few levels, they’re engaged enough to pay for the full-fledged version for more hours of fun.

The strategies, described above are just templates. Do not copy them, be creative and get inspiration from other lucrative businesses to find out how they monetize their games. The developer of Flappy Bird spent two days on developing his game and it ended up earning around $50,000 a day thanks to its in-game advertising. Who knows, maybe you can be even more successful? 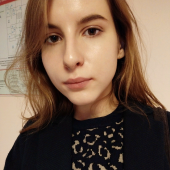 Maria Atmanaki is a Content Marketer at an independent game development company Knocknock Games based in San Francisco, CA. Her studio’s experience in game art and design, publishing and developing on different platforms allows her to share expertise with others.