9 Movies That Will Inspire You to Start a Small Business Making the decision to launch a small business can be difficult and scary. You might be walking away from a weekly paycheck or making a large start-up investment and that can definitely arouse anxiety and apprehension. Finding sources of inspiration is key if you want to remain strident on your path. Great movies have the power to inspire. Here are 9 small business-focused films to keep you centered on the excitement and optimism of your new venture.

Few scenes are as inspiring as Tom Cruise strutting out of his big-league agency into a world of uncertainty and murky optimism, toting only a fish and the future Bridget Jones. Part of this is because Cruise channeled his inner crazy to bring a frenetic energy to the screen; but the other part is that Jerry Maguire fulfilled the dream of every small business aspirer. If you’re preparing to quit your day job and launch your new biz, stage something that draws on this and Edward Norton’s professional departure in Fight Club.

Independent movies are the small businesses of the cinema world, so we want to be sure they’re well-represented. Big Night stars Stanley Tucci and Tony Shalhoub as a pair of brothers running a little Italian restaurant in Brooklyn. No movie speaks to the passion and intimacy of owning your own place like this one.

Dot-coms make up so many small businesses today. This film is both a sweeping success story, one that follows an Internet business from inception to IPO, as well as a cautionary tale, a warning about the perils of doing business with friends. *Side note: Does anybody know if Zuckerberg is still waiting for that girl to friend him?

This movie is an entrée into the mindset of a fast-talking advertising professional. You probably think running a small business is solely about selling cool products or providing great services. But no, dealing with this brand of nutcase – along with tech dweebs, HR weirdos and marketing stooges – is going to sap a lot of your time.

Every small business is an underdog story. You have so much working against you – especially the tax code – you need to remain optimistic. The gang from Joe’s Gym embodies the bright enthusiasm one needs to brave the business world and take on corporate competition. You’ll take a few hits out there, maybe even a wrench to the dome, but in the end it’ll all make you stronger.

Employees are the heart and soul of any business. Of course, you want people who are hard-working, loyal and intelligent. But you’ll also benefit by hiring people with a sense of humor. While rife with cynicism, co-workers Randal and Dante segue their banal duties into insightful and hilarious debates. While the Dante-type is probably a no-hire, keep an eye out for the more responsible and resourceful Randals of the employment pool.

Another indie entry. Smoke is a terrific, underrated film that features Harvey Keitel as the owner of the Brooklyn Cigar Co. His corner tobacco shop becomes a sort of centerpiece to locals in the neighborhood. Becoming a constructive part of a community is one of the many perks of running a small business.

Most people don’t realize this, but Ghostbusters was the quintessential small business. As we all know, small businesses perform best when they find a niche to fill. Peter Venkman, Ray Stanz, Egon Spengler and Winston Zeddemore found theirs in supernatural maintenance. They also had exceptional branding. 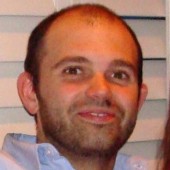 Tim Calpin is currently the head of growth marketing for the multichannel retail platform Channel Ape. He is a graduate of Syracuse University, an avid writer and a raconteur.