How to Talk to Customers About Past Due Payments

Attempts to collect past due payments can understandably result in consternation: While today’s economy has recovered in terms of employment since the 2008 financial crisis, people still struggle with flat wages, and making payments on time can be difficult.

At the same time, businesses need to take in the money they’re owed on a reliable basis — especially if they’re SMBs.

So how should business owners talk to customers about overdue payments to resolve matters quickly and effectively in a way that leaves both sides satisfied?

Be Cordial, Particularly In the Beginning

Be friendly to the customer. Not only do you want them to pay up, but you also want them to return for services/products in the future. While you may think a direct call to the overdue customer is the best way to get their attention, consider sending overdue payment letters in the beginning. These can appear less combative and come off as a friendly reminder. Often times, customers don’t mean not to pay, they’ve just forgotten.

Try to be Flexible with the Customer

People have financial difficulties from time to time, and unless you were born with a silver spoon in your mouth, you’ve probably dealt with them at some point, too. Offering overdue customers installment plans, i.e., allowing them to pay a certain amount per month until all is covered, is something you may want to consider.

Empathize and Get a Commitment

Work to understand why the customer hasn’t paid yet. If it’s simply because they’ve forgotten, then your problem is most likely solved. However, if it’s because they literally don’t have the money in their checking account, then try to get them to commit to paying at a certain date when they’re able. Try to be understanding and resolve the issue as soon as reasonably possible.

Try Other Methods of Contact When One Isn’t Working

Written statements and invoices, whether made available through snail mail or email, are great in the beginning. However, if those aren’t working, try attempting a call. In other words, ramp up and maintain communication. Polite persistence can most certainly pay off.

If the payment isn’t made within a reasonable time — say, after a reminder letter is sent — prepare to be calm and collected when you make a phone call. While many overdue customers will respond politely, you have to be ready for anything, such as an angry response. Stand your ground, but do so in a way that emphasizes empathy, understanding, and confidence.

Make sure to track everything, such as when the initial service or product was provided, when the customer failed to make the first payment, and how many times (and how) you’ve contacted them attempting to retrieve the payment. If you’re calling, have the information readily available for reference in the event the customer makes a claim not based in fact or is simply seeking the details.

Instituting penalty fees, such as interest or late fees, can help apply the necessary pressure to receive your payment sooner rather than later. Be sure to clear your interested or fee rates with your attorney, ensuring that you’re in compliance with laws that vary from state to state. This of course should be made clear to the customer from the get-go in written form when they receive the service or product.

Know When to Turn Things Over to a Collection Agency

If you’ve exhausted all options and the aforementioned tips have failed, perhaps it’s time to utilize the services of a collection agency. Collection agencies serve as mediators between the two parties when the goal is to resolve overdue issues in a way that’s as painless as possible. As a small to medium-sized business, you’re in effect turning over the burden to a third party. Before you do this, however, try to resolve the issue on your own. General rule of thumb: Wait at least 30 days before you submit accounts to a collection agency for delinquency.

Never feel guilty. After all, you’ve held up your end of the bargain. It’s now the customer’s responsibility to pay up. That doesn’t mean, however, that you can’t cut them slack by providing some flexibility when possible.

Collecting overdue payments can at times seem tricky. You have to find the right balance of being polite to the customer but also standing your ground to make sure you’re paid at some point (sooner rather than later). 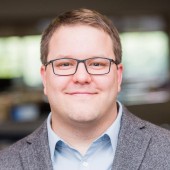 Brian Eggert has over 17 years in the collection industry and specializes in business development, marketing strategy, and positive employee engagement at IC System.