Should Employers do Background Checks?

For an employer, conducting a background check, including a criminal background check and verifying references, can be an important part of the hiring process. When an employer is considering bringing a new employee onboard, they have to consider the safety of their other employees as well as their clients.

If you’re an employer, you also have to protect your business legally and financially.

A background investigation can help you learn more about potentially disqualifying aspects of someone’s personal history, like a criminal conviction or misrepresentations.

A survey from the Society for Human Resource Management (SHRM) found that 92% of surveyed employers conduct background screenings for employment.

While it can seem obvious that an employer benefits from researching a candidate’s background, there are limitations and legal challenges human resource professionals have to deal with in doing so.

The following are some things to consider as an HR professional or organization as you weigh rather or not to conduct a background check.

There are a number of state and federal laws that apply to conducting background investigations. An organization needs to fully understand these, and if there’s something you’re unclear on, you might get legal counsel.

For example, one area of federal law that can have implications for background checks is equal employment opportunity laws. Employers have to make sure they’re EEO-compliant.

According to the EEOC, any time you’re using background information about an applicant or employee to make a decision, regardless of how you get the information, you have to follow federal laws protecting both applicants and employees from discrimination.

The Federal Trade Commission enforces the Fair Credit Reporting Act, which is relevant as well.

Before you get any background information, you need to ensure that you’re treating all applicants and employees equally. It’s illegal to make a decision as to whether or not to check a background based on a factor like race or national origin.

For example, if you only ask job applicants of a certain race about their criminal history, that can be viewed as evidence of discrimination.

An employer needs the consent of the applicant or employee before conducting a background check.

The employer needs to know what information will be available because what they’re legally allowed to view varies depending on the state.

As an employer, you need to certify the company you get the report from, and you need to make sure that you’ve complied with all requirements.

There are quite a few reasons that it can be in the best interest of your organization to conduct background investigations.

The biggest reason you should consider an investigation before hiring someone is to avoid being legally liable if there was harm done to other employees or customers. This could include sexual harassment or workplace violence, the harm resulting from negligent driving, or harm to the business because of financial loss or reputational problems.

There are legal claims that can be made, including negligent hiring, which can in and of itself be a compelling reason to conduct searches of criminal records before hiring someone.

You may conduct a background check on someone to verify the credentials they’ve provided to you about their employment history, education, or tenure.

You want to confirm they’re actually qualified to do the job at hand, and you also want to see employees who are honest and trustworthy.

According to a 2018 report, 85% of employers surveyed uncovered a misrepresentation or lie in a candidate’s job application or resume during the screening process.

Of course, you always want to hire people who are going to be diligent, productive employees. Past performance isn’t the only indicator of a potentially high-quality employee, but it’s one thing to use as a gauge during the hiring process.

What About Ban the Box Laws?

A growing number of states are introducing what is known as ban-the-box laws. A ban-the-box law is one that broadly bans employers from asking about the criminal history of an applicant until later during the hiring or application process.

A ban-the-box law will limit what an employer can ask an applicant before an initial interview.

These laws also tend to prevent employers from creating job ads that say they’ll exclude applicants with a criminal history.

In April 2021, for example, New York City expanded its own ban the box ordinance to cover existing employees. Employers have to consider other factors, including the offense and the nature of the job, when they consider candidates.

California enacted a statewide ban the box law in 2018, which prohibits employers from asking about criminal history before making a job offer. The law in California applies to employers with five or more workers.

These laws go further than similar others. In California, under the law, once an employer makes an offer, they can’t rescind it just because of the criminal past of the applicant.

An employer also has to consider other factors like the time that’s passed since the conviction and since the completion of the sentence.

In Hawaii, updates were made to the standing law in 2020, where felonies from seven years before and misdemeanors more than five years old were irrelevant in determining the qualifications of an applicant.

Finally, in Illinois, an update to the law was made in 2021 so that companies can’t disqualify an applicant unless their record has a substantial relationship to the position. 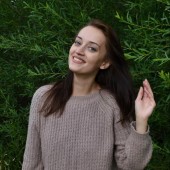 Susan is an avid writer, traveler, and overall enthusiast. https://twitter.com/sumelony