What to Know About Funding Your Small Business with Kickstarter By now you’ve probably read the incredible story of Zack Brown who raised tens of thousands of dollars earlier this year with his potato salad project on Kickstarter. Not only did it generate a lot of buzz for the crowdfunding site, but it got a lot of small business owners and would-be entrepreneurs wondering how they could use the site and sites like it to get funding for their business ideas.

If you’re thinking of launching a Kickstarter campaign, here’s what you need to know.

Not Every Project Gets Accepted

Anyone can create an account and submit a campaign to Kickstarter, but projects do have to meet approval before you can start uploading photos and soliciting donations. Think it out before you create your project. Oh, and according to the site, there are three rules you must follow:

The big takeaway here is that Kickstarter isn’t designed to fund small businesses per se. However, it can be great for launching projects that turn marketable ideas into reality. If you want to develop an inventive prototype, for example, Kickstarter might be the perfect venue. Or you could use it to raise money for self-publishing a book.

There’s always that chance that your donors may decide to sue your small business if you don’t meet your stated goals or provide the rewards you promised. When you agree to Kickstarter’s terms, you release them from liability. So if something goes wrong, it’s all on you.

You Need a Clearly Defined Goal

If your project is approved, you’ll need a plan that includes your goal amount and your deadline. If you don’t get pledges for the funding you need, your project will not be funded. So it’s sort of an all-or-nothing proposition. Donors don’t contribute to the project if you don’t meet your goal in time.

Be Prepared to Leverage Your Social Assets

Kickstarter might provide the means for establishing a funding campaign and a way to collect donations, but that’s no guarantee that you’ll be successful. Viral campaigns like Brown’s potato salad project are the exception, not the rule.

So, you’ll have to market your campaign and make the most of your online and offline social networks. Ask your followers and supporters for their help not only in donating money but in spreading the word about your project. Be prepared to tweet, share, like and beg.

Remember that if your project isn’t funded on the first try, it doesn’t necessarily mean you should give up. Kickstarter is just one tool you can use to get support for your small business. And the visibility you garner from a campaign can be used as a platform for a future campaign or leading you toward others who are interested in your business ideas. 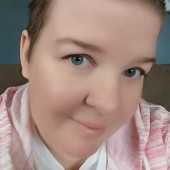