Are Small Businesses Really the Engine of the American Dream?

This post is brought to you by Airblast AFC.

“You are the dreamers and innovators who are powering us into the future – that’s exactly what you are – and my administration will be there with you every single step of the way.”

These warm words were uttered by President Donald Trump in an event held to highlight the role of small businesses as the ‘engine of the American dream’. Never one for understatement, the POTUS also declared: “America is on the verge of a golden age for small business.”

While the words here are commendably positive, it prompts us to ask – how are U.S. small businesses currently performing and what, if anything, needs to change if they are to make good on this golden age?

First up, we should consider the state of America’s small business sector. It’s perhaps instructive to start with some stats:

Not only that, but it seems that small businesses are feeling confident about the future.

A USA Today and Allstate survey found that 64% of firms with 100 or fewer employees say that their businesses are doing well, while 72% expect things to get better in the coming year too. The entrepreneurial spirit is alive and well among young Americans too – with more than half of all millennials saying that they plan to start a business in the next three years.

With plans to put that confidence into hiring and expanding, it’s certainly fair to say that the nation’s small businesses are primed and ready for this promised ‘golden age’.

Of course, we shouldn’t look at small businesses in isolation. In many ways, the nation’s network of smaller firms offer an eco-system which feeds into and supports big business.

If a Dow Jones-listed company, for example, gets a multi-billion dollar contract the impact doesn’t end there. Indeed, it ends up with $1 million-plus contracts for specialist companies who can bid for their slice of the pie.

After a bumpy couple of years, the Dow Jones Industrial Average has shown strong growth in 2017 – another good indicator for small- and medium-size businesses who benefit from the trickle effect.

Changes to the Law

So far so good. Small businesses make up a good proportion of the US economy, they’re bringing in good money, they’re feeling confident, the younger generation are showing a strong entrepreneurial spirit, and large businesses are performing well too.

But what needs to happen if we’re to get to the golden age? Here are a few barriers that need to be addressed:

With better lending, lower fees and taxes, a simpler system and better training, the current conditions could be capitalized on to deliver the ‘golden age’ promised by the President. There’s a good way to go, but the rewards are worth the effort. 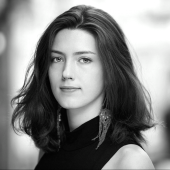 Debbie Fletcher is an enthusiastic, experienced writer who has written for a range of different magazines and news publications over the years. Graduating from City University London specialising in English Literature, Debbie's passion for writing has since grown. She loves anything and everything technology, and exploring different cultures across the world. She's currently looking towards starting her Masters in Comparative Literature in the next few years.