How One-to-One Engagement Leads to Success on Social Media The social media landscape has changed. In the early days of social media, when it was just Facebook and Twitter, it used to be easy for a business to reach its customers. All you had to do was knock up a quick post or tweet, hit publish, and you could pretty much guarantee you’d reach your target audience.

Things aren’t so easy now. Business reach has been in free fall for the last decade. But before you give up, delete your social media accounts, and throw your phone out of the window, let me offer a ray of hope.

Achieving social media engagement is still very much possible. And it doesn’t require you to cough up thousands in advertising to the big social media platforms.

So don’t hit the delete button just yet, and close that window, because it’s absolutely still possible to reach your target audience for FREE! Let me show you how.

Part of the problem with social media these days is that there’s just so much of it. This is great for most casual users, but a nightmare for brands looking to connect with their target audience.

The market place has become flooded with more and more posts. And there are only so many hours in the day to read them. So it’s inevitable that people just aren’t going to see what you post on social media.

But another reason why business reach has declined is because the big players in social media have tweaked their algorithms to favor posts from friends and family over those of brands.

In 2017, Mark Zuckerberg finally acknowledged the elephant in the room when he reminded investors of Facebook’s values. Core values that perhaps it had lost sight of in its quest to expand and finally become profitable. Zuckerberg told stakeholders in a conference call that, “It’s important to remember that Facebook is about bringing people closer together and enabling meaningful social interactions.”

In other words, Facebook had a problem – the social network just wasn’t that social anymore. With the algorithm tweak, Facebook finally got back to what had attracted most people to the platform in the first place. It provided them with a space to hang out and share content with their friends.

So this all sounds great for your average Joe just looking to hang out with his buddies, but where does this tweak leave brands?

It’s easy to believe that your target audience is now beyond reach. But that’s not the case. Facebook’s return to their roots actually provides a great opportunity for you to think about your social media differently.

The key lies in a phrase Zuckerberg used repeatedly in his talk to investors. He stated that he wants Facebook to, “enable meaningful social interactions.” Now it’s no longer the quantity or popularity of a post that matters the most, but rather how engaging it is.

Facebook’s newsfeed boss, Adam Mosseri, relates that, “the number of comments on a post will count more than the number of likes, and it means that posts where people have taken the time to write long comments will get more weight than those with only short comments.”

The great advantage of social media is that you can engage with your customers on a one-to-one level, despite it being a public forum with billions of users.

In fact, you can turn the public nature of the platform to your favour, even using customer complaints as an opportunity to attract new business.

The number one rule when interacting with customers and prospects on social media is to first listen. Find out what and how people are talking, gauging the tone of a conversation first is just as important as your reply. You don’t want your tone to be bright and breezy when the topic being discussed is a heavy one.

When engaging remember to show your human side. People want to talk to people, not brands. Don’t sound like just another faceless boring company. Engage individuals directly: empathize with their problems, apologize for bad service, take responsibility, and do something about it.

Remember other people are reading these comments and will judge your brand on how your react and deal with other customers’ complaints. If you react on a human level, listen, and do your best to help with their problem then other people will notice.

By responding your brand will come across much more favorably than one that doesn’t bother to engage or merely palms customer problems off with scripted answers.

The great pay off with this social media engagement is that it’s easy and rewarding. You get direct feedback on how your products and services are performing out in the real world. This information cost a pretty penny in the past. Now you get it for free!

But social media engagement is also more likely to inspire loyalty and lead to more customers recommending you to their friends.

In fact, a recent study found that, 71% of people who’ve had a good experience with a brand on social media are likely to recommend them to others. So engaging is massively important!

How Do You Engage with Customers?

So what exactly is social media engagement? Maybe you’re new to the world of social media, or perhaps you’re just a bit nervous about saying the wrong thing. Engagement isn’t difficult. All you have to do is ask and answer questions:

Show you’re human. People like to connect with other people. Help customers she that your just a regular person like them. Once a person knows, likes, and trusts you then you have created a space for a transaction to take place in the future.

Clicks aren’t as easy to come by anymore. So if you want to do well on social media then engaging directly, one-to-one, with your audience is a must. One-to-one engagement should be at the heart of your social media strategy. 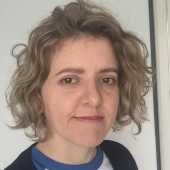 Faye Holder is a freelance writer for hire who offers blog writing, copywriting and content marketing services. She works with both B2C and B2B companies providing them with bespoke digital marketing content that increases their search engine visibility and social media presence.