4 Ways to Spot a Fraud Among Social Media Influencers

Influence has been a core of marketing from inception. Good old word-of-mouth marketing remains one of the most effective marketing techniques due to the influence the seller has on the buyer.

Over the years, marketing has evolved, with social media taking center stage. Fierce competition has made marketers overzealous, invading consumers’ privacy with unsolicited messages. This has given rise to the more subtle and not-in-your-face influencer marketing.

Social media influencers command good following by creating quality content. They have the power to facilitate sales of products and services due to the interpersonal connection they have with consumers.

In recent times, the social media influencing industry has been polluted. Many so called influencers would rather cut corners than put in the work, ripping brands off with fraudulent antics. A report by New York Times exposes the unethical practices of celebrities and influencers alike for their selfish interests.

Here are four ways to spot a fraud when analyzing social media influencers.

Being recognized as a social media influencer requires creating the impression that you are a role model of some sort. And this is often measured by your number of followers. Unpopular influencers create an illusion of popularity to look good in the eye of companies who are looking to get their brands out to as many people as possible.

In 2016, companies spent about $570 million on sponsored Instagram posts. According to The State of Influencer Marketing 2018 survey, the number is bound to increase this year as 39% of marketers are keen on increasing their budget for influencer marketing.

Undoubtedly, influencer marketing increases sales, but only when you are selling to real people. Acquiring fake followers is as easy as opening a social media account with many third party agents offering their services at affordable prices between $3-8 per 1000 followers. Many social media influencers patronize them to create an illusion of popularity.

Social media influencers have devised strategies to stay ahead of the game. They collaborate to create false engagement by commenting, liking and sharing each other’s posts. When you go through their posts, the likes, comments and shares are by the same set of people. To make it even more believable, they also employ third party services to fake it. Oblivious of this deceit, brands engage their services, thinking they are generating organic traffic.

Micro-influencer marketing makes a valid argument that awareness doesn’t generate sales but true influence does. Everyday people with about 10,000 followers or less are giving brands value for their money with organic content on social media. They come across as more original and relatable than influencers with thousands and millions of followers.

A recent study by Markerly reveals that, as an influencer’s following increases, engagement rate decreases. Micro influencers’ followers feel a sense of belonging and inclusion, and resonate easily with their story. This explains why they have an average of 0.10% higher engagement rates than macro influencers. On a macro influencer’s account with millions of followers, majority of the real followers feel invisible, and are reluctant to contribute because the social media star may not even see their comment, let alone read it.

Images are big on social media; they speak much more than a thousand words. The Microsoft Attention Spans Research Report reveals that the human attention span has reduced to eight seconds from twelve in the year 2000. Social media influencers understand that using the best of images is key to grab and hold consumers’ attention. While the good ones share original images of their craft, the bad eggs simply go around lifting people’s images and posting them as theirs. An influencer in the food niche could share photos of someone else’s recipe, claiming ownership. He/she takes all the glory and gets paid by brands for doing nothing.

Regardless of these fraudulent acts by some, influencers pull weight in social media marketing. The onus is upon marketers and organizations to pay close attention in identifying and choosing influencers to represent their brands. Having the right social media influencer on your marketing campaign could give your product favorable exposure, and ultimately shoot your sales figures way up. 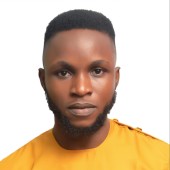 Chris Odogwu is a freelance writer with many years of experience in creating premium content for organizations around the world. He promotes brands by capturing their core values, strengths and unique selling proposition.