It’s been several years since I first dipped my toe into the social media pool, and boy, have I learned a lot. I know I’m not alone here, since all of us were (and still are) stumbling around trying to figure it all out as the roller coaster takes us on constant twists and turns.

Social media has taught me quite a bit, and I compiled a list of some of the most powerful lessons I’ve learned. Here are four of mine; add your lessons learned in the comments.

I was resistant to social media for a while. In the beginning, it seemed like just another thing to do. Once I got over that hurdle though, and started tweeting (good first tweet, right??)  in 2008, I found out how wrong I was.

I learned that social media marketing is not about putting in the required time and posting the required links, although that can certainly be a part of it. What I found was that when I changed my perspective to focus on the community part of various social platforms — the sharing, the learning and the connections made — it became much more powerful for me.

Everyone believes that the way they use social media is the best way, that social media rules are set in stone. Some people focus on talking to others and connecting; some set up feeds and shoot out a steady stream of useful information; some hawk, hustle and pitch; some do a little bit of everything; some barely do anything.

While there may be some social media best practices, anyone who uses social media knows that you do what you want (in alignment with your social media goals), you focus on what has positive results for you, and you create a system that works for you. It’s flexible, organic and completely customizable.

Like most new to social media, I was in awe of the popular crowd when I first got involved with social media. You know exactly who I mean…the people with thousands and thousands of followers who seemed to be flocked to. They sit on the top of the social media mountain and infrequently grace the common folk with a comment, sometimes even a retweet, but rarely engage in any kind of conversation with anyone outside of the “club.”

The thing with social media is that it can be manipulated to create a perception. It’s a numbers game. Lots of fans, followers and tweets can create the perception that the person is worth following, that they have a lot of quality things to say, that they actually know what they’re talking about. This is not always the case. I learned that it’s wise to do your own digging into people and make your own decisions about who is worth your time and who isn’t.

It’s so easy to get lost in the social media jungle when you don’t have a map, a compass and some extra water. Whether you’re a business owner, an employee, or just someone dabbling in social media, I learned that it pays to have social media goals. Know why you’re doing it, what you hope to accomplish, and make sure the things you do on a daily basis support that.

Of course, I’ve learned a lot more, but these lessons rise to the top of my list and have shaped the way I use social platforms today. Now, I’d love to hear from you. What have you learned by using social media that you had no idea about before you got started? 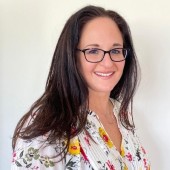 Alyssa is a digital strategist, content marketer, freelance writer and founder of the Small Business Bonfire. She's a team player, a team builder and not a bad leader, either. You can often find her on various social networks looking for remarkable people to collaborate with.