The question arises here is why?

This is because it is a sure short way to strengthen their hold on social media around the world. Additionally, to generate more and more revenue through sales social media plays an important role.

Live streaming video is the latest fad on social media. Most of the established social networks like Facebook, Twitter and Instagram have their own apps for live streaming.  Whereas, there are many other third party apps that are giving strong competition.

Live streaming is the new and the easiest way to engage customers and build a brand with little or no cost. This is not only useful for big companies but also important for small businesses as well. In addition to this, Facebook has announced to expand its live streaming with 360-degree video. This will add more feature to its streaming platform.

Fake news was one of the biggest challenges for social media in 2016. Facebook is testing a technology which can take care of the fake news. Recently, they have announced that they will weed out some stories. Readers will be able to inform Facebook about the possible fake news stories, which will then be verified by the fact-checking organizations. Facebook is working with AP, Politifact, ABC News, FactCheck.org and Snopes to launch this huge initiative.

Reviews are important to establish a brand identity and people love to read them before making decisions. Currently, people share their dining, purchasing and product experience via rating and reviewing them.

Reviews and ratings are the new forms of communication and marketing. From increasing sales to generating revenue, review plays an important role in businesses.

Why are they important:

Another trend that will change the face of social media is the capability to run efficient client support programs. This will be going to rise in the bots and AI (Artificial Intelligence) technology. It is redefining the way brands communicate with their consumers. Additionally, chatbots are very effective to automate tasks and assisting consumers.

Traffic coming from mobile has overtaken desktop on the web in the recent past. This is due to the proliferation in the smartphone industry. According to the research, mobile devices are driving around 56 percent of traffic to top sites. Additionally, it gives your business a competitive advantage over your competition.

Social media is all about engaging and retaining customers and to do so various platforms keep on updating their interface. Also, they add new features to attract more and more people. 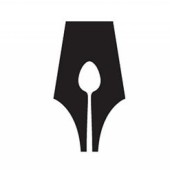 Bhupendra Singh is a social media analyst and expert. He loves travelling, writing and coffee. His goal is to help people with social media and digital marketing trends.