The Power of a Pivot: How Startup Companies Can Reinvent Themselves

Accept That Failure is Just Another Step Toward Success

Really successful companies, the ones that stare startup adversity in the face and keep going, are the same companies that consider business failure a stepping stone toward business success. Failure is a huge factor when starting a new business, but when the passion is still there, rallying the troops and finding another path toward success is what separates well-known businesses from unknown businesses.

When startup failure is inevitable, it’s important for young businesses to do a little self-assessing and figure out where things went wrong. If the cause of failure is clear, then the path to success will become even more obvious. On the other hand, if the road to success doesn’t leap out after the assessment stage, then it’s time for the fledgling startup to pivot and reinvent itself before it’s too late.

Understand the Basics of a Pivot

Pivoting a business toward a successful path takes plenty of planning and passion, but it also takes a certain amount of strategizing, especially if the current business is still afloat. Here are just a few factors startups need to consider when it comes to pivoting their business model:

Startups that decide to pivot their business structure and aim their sails toward uncharted business waters are also reinventing themselves. When it comes to pivoting strategies for non-financial entrepreneurs who don’t have a strong marketing background, the reinvention process begins with the individual.

Business leaders reinvent themselves regularly because they have to. Considering reinvention is all part of the pivot process, entrepreneurs must be willing to acknowledge their personal weaknesses, observe the successful business models around them, and then turn those observations into future trends that’ll lead to business success. In other words, entrepreneurs must reinvent themselves before reinventing the wheel.

Aim to be the Success Story

The most successful businesses and business owners in the world had to pivot and reinvent in order to get to where they are today. Take for example everybody’s favorite pastime: Nintendo. The world-famous Nintendo gaming system was invented by a Japanese playing card company that realized cards were out and technology was the way of the gaming future.

Likewise, the National Geographic Channel might have gone the way of the dinosaur if its CEO didn’t make the move to include some exciting reality series alongside its nature documentaries. As with the cases above and other successful business pivots, necessity is the mother of reinvention.

Continue to Put Forth an Effort in the Aftermath

A pivot and resulting reinvention is only as good as the effort that’s put into the aftermath. From creating a new and improved business plan to coming up with a fresh marketing campaign, the planning, predicting, and assessing is never done, even after the pivot has come and gone and the startup is a full-fledged business.

When it comes to the power of the pivot, there’s much more to the business switch than meets the eye. 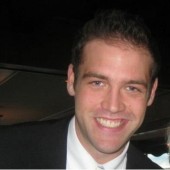 Teddy Hunt is a freelance content writer with a focus on technology. When not behind a computer or on his Blackberry Q10, Teddy spends the majority of his free time outdoors and resides in Tampa, Florida.