Top Pre- and Post-Launch Mistakes to Avoid with Mobile Apps

When you have finished building your app, it is time to launch it in the market and help users find out about the app. But before your development is actually finished, you need to reach out to your target audience and should make people know about your app. Yes, for modern apps, the marketing campaign begins way beyond the app we launched. We call it a pre-launch campaign. But then, after the app is launched, you need another sort of marketing and support activities to boost reputation for the app, build a consistent audience, and retain your users with steady and continuous engagement. We call it a post-launch campaign.

But app marketers and development companies often commit too many mistakes corresponding to their pre-launch and post-launch campaigns. Here we are going to shed some light on these mistakes and pitfalls.

1. Not Determining a Specific Release Date

Moreover, with a release date known in advance, the marketers can generate a loud buzz as the countdown to the app launch date starts. After fixing the date, it becomes sort of a deadline targeting which all marketing activities are guided.

2. Not Running a Pre-Launch Marketing Campaign

For many apps across the niches, the biggest blunder is to hit the app release event without creating a buzz in the market. When after launch, you start reaching your users, you miss the entire opportunity of making your launch event bigger and getting discovered by a wider audience. Such low-key launch of a mobile app will take away the marketing benefits that an app is to receive naturally with pre-launch buzz and post-launch follow up.

For your pre-launch marketing campaign to deliver great results, make use of social media, a single-page website, media, and publication campaign, press releases, and outdoor campaigns.

3. Not Having an Idea About a Target Audience

Even the app development should be guided by the likes, dislikes, preferences, and pain-points of the users, and hence, knowing the target audience is so important from the mobile app marketing perspective.

The pre-launch marketing campaign can perfectly address the audience’s needs when the marketers have a clear idea about the demographics, user needs, intent, and preferences. For having a clear idea about your audience, you need to create a user persona and determine other specific attributes common to your users.

Before an app is officially launched and made available in the market, you should make sure that it doesn’t have any bugs or coding errors of any kind. Well, beta testing is widely considered as the most useful way to evaluate an app before it is finally launched in the app market. Beta testing will also reveal how the app is going to impact on the users and how they are going to interact with the app.

Beta testing is done at the final stage when the product is built and only needs an all-round evaluation with market feedback. You can either opt for the public beta launch of the app or can just opt for launching the beta app for a selected group of users.

A mobile app is primarily discovered through the app marketplaces like App Store or Play Store, and hence the app must be optimized for a great app market presence in both of these stores.

For a proper app market presence, you should carry out a process called App Store Optimization (ASO), which helps an app to get discovered easily just as the SEO does for websites. This requires creating an app store description loaded with target keywords, a small video showcasing the fundamental value proposition, and several screenshots giving a proper idea about the app.

A mobile app project actually never comes to an end as there is always a scope of improvement, fine-tuning, and addressing new shortcomings. After the launch, the app should not only keep track of errors and shortcomings and address them, but it should also come with betterment in the design and improvement of certain features. Releasing regular and frequent updates is of utmost importance in the post-launch period for a mobile app.

3. Not Taking Reviews and Ratings into Consideration

After the app starts getting reviews and ratings from users, it must take them seriously and address each one of these concerns. Besides replying to the reviews, the negative reviews should be taken into consideration for fine-tuning the user experience as and when possible. By analyzing the reviews and ratings, you can always put an honest effort into making the app better.

These mistakes in the pre-launch and post-launch period that we discussed so far are common to many app marketers. They can be ruining the prospect of an app at the initial state if they are not addressed or prevented early. 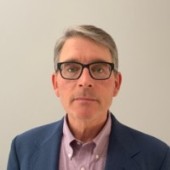 Nathan McKinley is Business Development Manager at Cerdonis Technologies LLC - mobile app development company helps small businesses and big merchandises to bring their idea out in the market and give them life. He has 6 years of marketing exp. as a business developer for various tech domains, where he learnt about the techs and their vulnerabilities, and now he shares his own opinion, that he has experienced in this tenure on Mobile/Web and Software Application Design and Development, Artificial Intelligence, Machine Learning and Internet of Things.