Deception, collusions, swindling… sounds like the plot of a best-selling novel. However, these terms are quite common in the commercial circles where unethical business practices can be seen by the dozen. Whether it is a big conglomerate or a small business or even an online project, the stakes of outperforming the competition are always high.

This cut-throat struggle for survival and emerging as a winner attracts a lot of unscrupulous tendencies; this has unfortunately become a part of the system. The urge to rule the market has made businesses selfish and all-consuming. However, the obligation to operate responsibly has been put on the back-burner. The lines between acceptable and unacceptable have blurred; the focus has shifted from the consumers to gaining higher profits and margins.

For example, a Facebook data scandal from not that long ago engulfed its CEO Mark Zuckerberg in a global controversy. A quiz app on the social networking website gathered data from 50 million Facebook profiles and delivered it to Cambridge Analytica. Using consumer’s personal data without their consent is a major digital theft that has come to light in the past few years.

In another example, Australian finance company, AMP, faced scrutiny for misconduct in banking. Apparently, they charged clients for advice which they never received. Consequently, the Chairman had to step down as evidence against the company started surfacing.

Certainly, scandals are shaking up the business world. Some offenders get caught and face public disgrace; others continue to bask in the glory of their unprofessionally accomplished success. Here are some common unethical business practices that many companies around the world are guilty of adopting for success.

For instance, maker of Nutella, Ferrero USA, Inc. had to pay $3.05 million as settlement for a lawsuit filed in New York for pitching the chocolate spread as a nutritious breakfast for children.

Then, in 2015, the biggest German carmaker, Volkswagen, publicly accepted that it had installed software in several of its cars to fool the Environmental Protection Agency’s emissions testers into believing that the cars were environmentally friendly. The popular brand lost a staggering $20 billion in market capitalization and was badly hit by the negative publicity.

For ages, businesses have exaggerated on the qualities of their products and downplayed the inferior features. All to make them more salable. However, these unethical business practices continue until consumers take notice and start questioning the authenticity of the information.

Defamation of a competitor, misappropriation of their trade secrets, and trade mark infringement – all these fall under unfair competition which gives a wrong impression to the consumers about the competitor and its products. It is not wrong to use a competitor’s name in the marketing material, but it should not deplore the company or its products.

For example, in 2009, PepsiCo sued Coca-Cola promoted its sports drink, Powerade, as being more refreshing than PepsiCo’s Gatorade because it contained more electrolytes. However, PepsiCo argued that there was no scientific evidence behind the claim.

Meanwhile in the digital age, businesses have taken the route of cyber-defamation where they spread false information about a brand as an anonymous user on a social networking site or a blog with a fake screen name. This is why laws exist governing this kind of libel and slander; the offender faces a fine to the tune of millions if caught red-handed.

Mistreating employees has become a familiar scenario in small and big companies who make employees work for long hours and underpay them. Similarly, many employees face stressful conditions, mental and even sexual harassment.

In the wake of finding cheap labor, many companies in developed nations hire sweatshops in third-world countries for bulk manufacturing. The conditions in these workplaces are worse than one can even imagine. The tech giant Apple has been using the services of Foxconn, Taiwanese manufacturing company that has been manufacturing the coveted iPhone. As an example, Foxconn has been accused of employing child slaves working in hazardous conditions for 10 hours a day all through the week.

Want more unethical business practices? Some companies cook their books to hoodwink investors, lenders and end-consumers. As a result, they tweak their financial reports to show inflated profits and lowered depreciation. This makes investors think that the company is faring well; they end up buying more stocks from the share market.

For instance, in 2015, Toshiba, the Japanese multinational, faced mismanagement of its accounts. They exaggerated their profits by $1.2 billion for more than seven years.

Inducement to influence a business decision is not uncommon in the corporate world. In other words, offering something of value, or money in return of a favorable dealing.

For example, in 2011, Diageo, the UK-based beverage company, had to pay $16 million to settle charges of bribing government officials in India, Thailand and South Korea to assist them in the product approval process.

In conclusion, the pressure of surpassing the competition and wooing consumers year-after-year with the same products takes a toll on organizations. As a result, they resort to dishonest and devious activities. Even the biggest names in the industry are not untouched by this phenomenon. From buying email addresses to spamming consumers without their consent, to ignoring quality and safety guidelines for generating higher revenue, many businesses are indulging in some kind of unethical behavior. Let’s just say it is a big bad world and the consumers should not blindly trust any business. 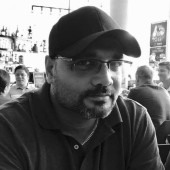 Manish Khanna is a serial entrepreneur, philanthropist and genuine Australian success story. He is currently the Managing Director of more than 10 individual companies. These include the flagship Business2Sell which operates internationally in 6 countries. The others include CommercialProperty2Sell, Million Dollar Mansions, Netvision, BCIC Pty Ltd and Better Franchise Group, to name a few.