Why Small Businesses Should Advertise Coming into contact with advertisements is unavoidable for most consumers. Every day, people encounter advertisements browsing the internet, watching TV, visiting social media, and even commuting to work.

Whether they actively seek advertisements or not, consumers are exposed to thousands every day. That is why even small businesses should advertise. Without advertising, it’s much harder for consumers to become aware of a product or brand. And 46 percent of small businesses agree.

For example, a consumer may see hundreds of Toyota advertisements. He may not be looking to buy a car at the moment, but when he is in the market, he will at least consider Toyota—especially if he enjoyed the advertisements.

Advertisements provide an opportunity for consumers to remember a brand. Even if a consumer is not interested in the product, they are at least aware of it and could spread the word.

“I do think consumers are savvy and smart and see a delineation between programming and a 30-second commercial,” said Rob Albertson, managing director of Bandwidth Marketing. “So, I don’t know that news being criticized as fake washes over to seeing a Budweiser or Ford ad and saying that must be fake, too.”

Consumers believe that if a brand is paying for an advertisement, they are regulated in some way and are, therefore, trustworthy.

It Pays to Advertise

Advertising isn’t always cheap, but the potential profits gained from it outweigh the costs. Although TV advertising is among the most influential mediums, about half of consumers are also influenced by much more affordable advertising mediums: online and social media.

You don’t always have to pay for expensive ad mediums to be seen by potential customers. If you don’t have the budget for TV ads, don’t buy TV ads; instead, test out Facebook or other social media advertising mediums. You will still reach potential customers without spending too much money.

Not every small business has the means to advertise, but those that do should advertise to reach more consumers and gain more customers. Advertising is an investment, but it’s a worthy one. 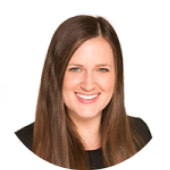 Kristen is a content writer and marketer at Clutch, a B2B research firm in the heart of Washington, D.C. She conducts research and writes reports primarily on advertising and social media.