Why Small Businesses Are Threatened By SEO Scams Whatever else you might hear, I firmly believe that scamming is the world’s oldest profession. There have been people looking to cheat the system as long as there’s been trade and commerce. Dishonest men and women who want to take advantage of those who are less fortunate (or simply less aware). Snake oil salesmen peddling fake cures for imagined ailments. Con artists who talk people out of house and home. Crooks who fire off a thousand phishing emails hoping that at least a few people will click on them. These people are all cut from the same cloth. They’re all looking to scam someone out of their hard-earned money with minimal effort.

SEO Scammers on the Modern Web

Today, I’d like to talk about a particular breed, which I feel should not exist on the modern web. They’re the ones who claim they can guarantee your website will appear on Google’s search engine results page (SERP). For example, these people threaten you with being de-listed unless you pay them a nominal fee. The liars who want you to believe they have inside knowledge of Google’s algorithms, which they can share with you for a small price.

They are search engine optimization (SEO) scammers.  Given that SEO has existed for at least as long as search engines have been a thing, it shouldn’t be viewed as an arcane practice. Yet there are still countless people who’ve only a vague idea of what it entails.

Small businesses, in my experience, are especially vulnerable. They have just enough money to make them an attractive target, but at the same time, they probably don’t have an SEO specialist on their payroll. In other words, they don’t have someone who can see these SEO scams for what they are. Factor in the often highly-competitive SERP for small and local businesses, and you have what amounts to a golden goose. Easy prey. A high return. Minimal effort.

The good news is that because SEO scams are so low-effort, recognizing them is incredibly simple if you’ve even a passing knowledge of the craft. Most of these scammers don’t understand SEO themselves. They know just enough to fool laypeople.

Two Simple Ways to Protect Your Business from SEO Scams

With that in mind, the first piece of advice I’ll give you is to read up on SEO.  Search expert SEO Moz has a phenomenal guide that should teach you everything you need to know, and then some. You can potentially even use this knowledge yourself rather than hiring outside help – assuming you have the bandwidth, of course.

Secondly, if someone reaches out to you via email or social media message to offer their SEO services, approach with extreme caution. Nine times out of ten, this is a scam. Legitimate agencies and consultants don’t generally need to cold call new clients; businesses comes to them.

There are other red flags that point to SEO scams from unsolicited contact requests, as well:

SEO scammers are a dime a dozen on the web, and small businesses are a frequent target. However, the problem is that too many people still view SEO as some arcane craft. It isn’t. SEO is simpler than you think, and SEO scams are incredibly low effort.  By understanding the basics of SEO and knowing the red flags that someone is trying to scam you, you can sift through the chaff to find the actual experts. And your website – and business – will be that much better off for it. 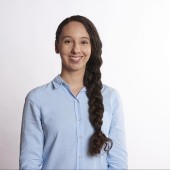 Terry Cane is the COO at SEOHost.net, a reliable and supportive SEO hosting partner. You can follow/tweet her @SEOhostnet.